Surplus Wines and Then Sells Them for Up to 80% Less 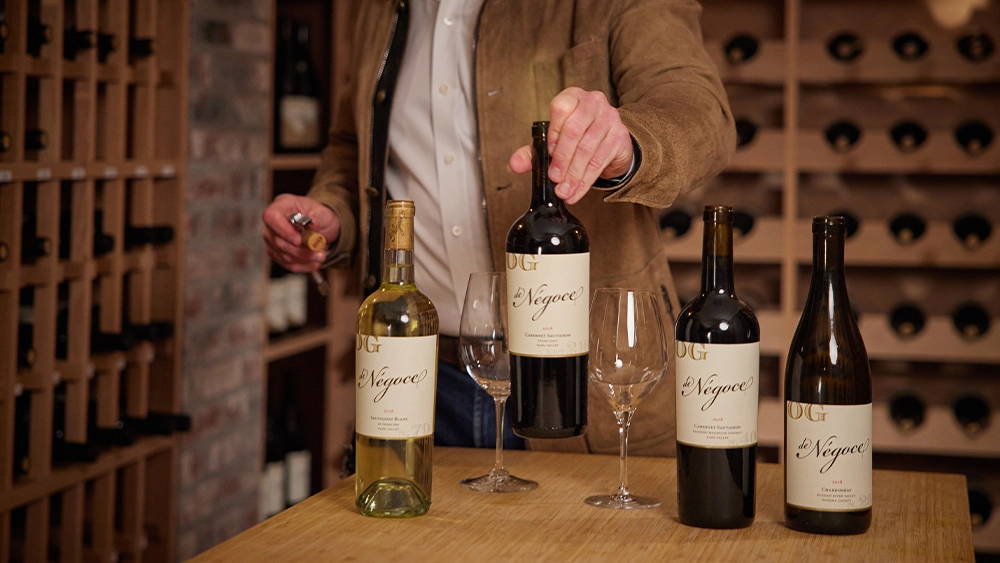 Remember those mysterious, and often amazing, “Lot” wines you used to find at Costco, named only by number? Info about them was scarce—all you could know about Lot 64, for instance (and I’m making this up), was that it was a Pinot Noir from Russian River Valley. No clue as to who made it, or what vineyard it was from. But it was priced well below any decent Russian River Pinot you’d ever seen. And it was good. Rumor swirled around those wines: Lot 37 Alexander Valley Cabernet (and again, I’m making this up) surely had juice in it from that iconic Cab producer we all knew and loved… But at this price? It was all a deep, dark secret.

That’s because Cameron Hughes, the entrepreneur behind those under-market bottles, had devised a unique spin on the age-old negociant model—the wine trader who buys fruit or finished wine from producers who, for whatever reason, have excess, then bottles it under his or her brand. For Cameron Hughes Wine, a promise was made never to disclose the source, and Hughes, with an efficient go-to-market strategy, could sell the anonymous wine for far less than the original producer could.

Now he’s at it again, with an even newer spin on the tell-no-tales negociant plan. And his new brand—de Négoce (“duh nuh gose” or, as Hughes likes to say it, “dana gauche”) is a gift to collectors and lovers of wines from the world’s great regions and producers—“needle in a haystack stuff,” as Hughes puts it. The concept he’s layered in is wine futures. It’s an old plan. With Bordeaux en primeur, for instance, the idea is to set the price and offer the wine before it’s in bottle, with the expectation that it will already be worth more when the buyer actually takes possession of those bottles in a couple of years. Only with de Négoce, the bottling and delivery timeline isn’t a matter of years. When Hughes finds a producer with surplus wine in barrel or tank (and there are a myriad market, vintage, and brand-specific reasons why winemakers have excess to offload) and buys it, he sends out an offer to his members: They can order the wine for an initial price—up to a shocking 80 percent lower than the wine would have cost under the producer’s label—and receive it once it’s bottled, two or three months later.

Hughes has fixed a huge wine-market cash-flow problem here. He’s able to provide immediate funds to the producer, who otherwise would have had to thread the wine through the byzantine distributor, wholesaler, retailer system in this country, where every middleman takes a cut. And his de Négoce members are funding the sale and bypassing that costly system to score phenomenal deals in the process. In a sense, Hughes tells me, the members are not so much customers as investors, providing resources for him to find ever more cool wines for them. 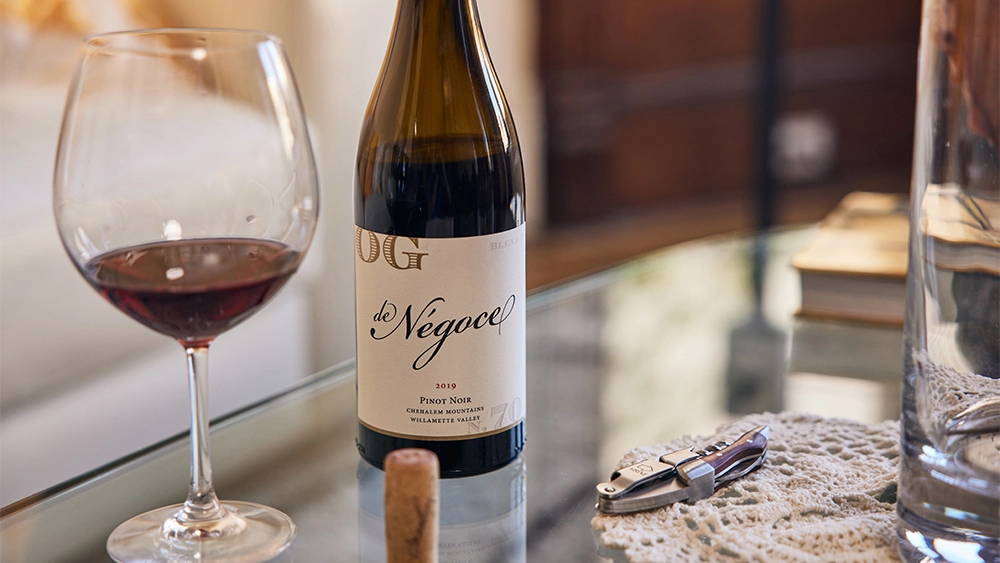 It’s the members who act quickly who get the best deals. If a wine doesn’t sell out with the first offer, Hughes will offer it again at a slightly higher price. And then, if there’s still a supply to speak of, he’ll put the wine in the Bottle Shop on the de Négoce website for a markup over that—basically the reverse of the marketing we’re used to, where the first price is the highest, with discounts kicking in for product that trails. But even if the price in the Bottle Shop is a little higher, to be clear, it’s still an eye-popping bargain. And that’s where nonmembers can get in on the deal. Anyone can shop there, for 6-packs and cases (which is true for the member offers, too).

For instance—and I’m not making this up anymore—these are de Négoce wines I recently tasted with Hughes: A 2018 Cabernet Sauvignon from Calistoga (Lot #64, if you’re interested) was first offered to members at $18 a bottle. In the second tranche, it went up to $24, and finally landed in the Bottle Shop for $35. The producer would have sold it for more than $100. A Chardonnay from the oh-so-cool Sonoma Coast (Lot #155, sourced from an acclaimed vineyard and made by a renowned winemaker that Hughes assures me I would know in a heartbeat) first went out to members for $14 and finally made it to the Bottle Shop for $25. The producer’s price: $100. And on it goes—a $50 to $60 2018 Santa Cruz Mountains Pinot Noir was offered at $12, then finally $19. Even a $350+ 2018 Stags Leap District Cabernet, first offered at just north of $30, landed in the Bottle Shop for $69.

These are far from bulk-market wines. My tasting notes for all of the above are intricate: That Calistoga Cab is powerful—dark-fruited and structured; the Sonoma Coast Chard is crystalline, bright, and also structured, its “baby fat” promising productive time in the cellar. Another theme weaves through my notes: The wines reflect the region they’re from. And this part would-be buyers can know. Hughes is as open about the wines’ style and character as he is tight-lipped about their specific origins.

What members give up with de Négoce futures deals is immediate gratification. There’s that lag of a few weeks while the wine is bottled, before it can be shipped. (Although Hughes is sourcing some Lots now that are already bottled and can be shipped more quickly. The offer makes the timeline clear.) And any newly bottled wine deserves a rest in the cellar, to resolve any awkward bottle shock effects. There’s also a sacrifice of consistency built into the system. The next vintage won’t be offered a year from now. Each “find” is a one-off deal. That, though, is a glass half full for the adventurer, the collector who prizes singular bottles to pull from the cellar and pour for guests. They’re instant conversation starters among those in the know. . . “Think this Walla Walla Cabernet might be from. . . ?”

Check out the article here.